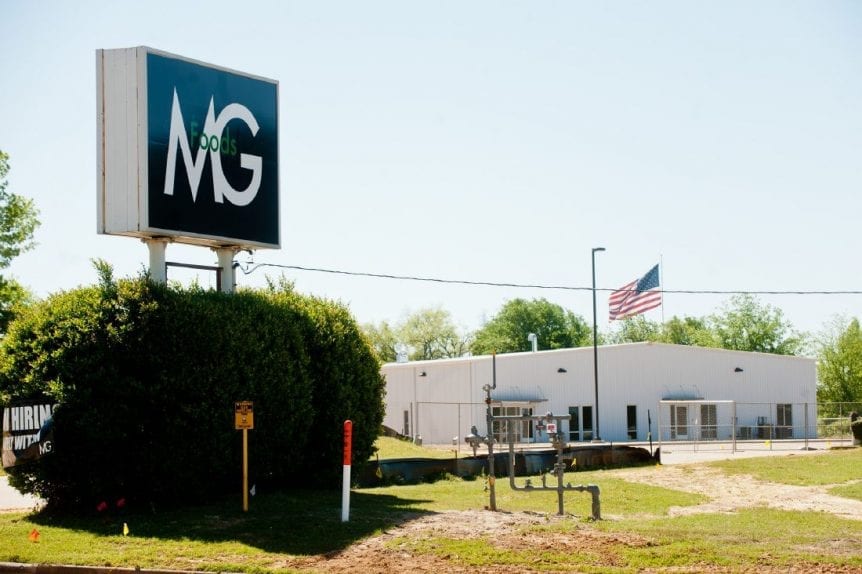 Read the Full Article on News-Journal

The building was key when it came to MG Foods’ decision to locate in Longview.

The North Carolina company looked to Texas when it decided to expand for the first time, targeting the state because it is central to the Midwest. That was a key point in the private-label vending company’s distribution efforts.

Richard Lindsay, local operations director, said MG Foods looked in Dallas and Houston before a Realtor brought company officials to Longview. They looked at a couple of sites not suitable for the firm, then the Realtor told them about the Coors of Longview distribution facility on Cotton Street

Coors closed in 2014 after a fire destroyed much of the facility. MG Foods saw what it needed in an undamaged 8,000-square foot cooler at the building.

Lindsay said there’s “something nice” about taking a piece of property and making it usable again.

That’s a sentiment echoed by Kasha Williams, the District 3 Longview councilwoman who represents that area of town.

“I think that it’s significant not only to District 3 but our entire community, because this project meets the parameters for a solid economic development project, one being through job creation and two through the revitalization of an existing structure,” she said. “Of course, that building has been around for many years and has played an integral role in industry in Longview.”

It’s a “model project” for other vacant structures in the community.

“I think that those structures — many of them could be salvaged versus being torn down,” Williams said. That would require a “paradigm shift,” she said, with many community entities working together.

MG Foods started renovations at the Cotton Street facility in the fall, with Longview construction firm Transet Co. handling the work. The facility consists of an 8,000-square-foot cooler with an 1,100-square-foot freezer that was added inside. An 11,000-square-foot warehouse and office area are at the front of the facility, and MG Foods enclosed a 2,500-square-foot delivery bay at the back of the building.

The work is drawing to a close, with operations expected to start at the end of April or early May, Lindsay said.

The firm cooks, prepares and packages frozen and fresh food that might be sold, for instance, in a company’s on-site cafeteria.

“We do everything fresh,” Lindsay said, explaining that the company cooks its own eggs and bacon for breakfast items, for instance, as well as makes sandwiches, pasta salads, gourmet foods and more.

Lindsay said hiring has started, with the firm expecting to bring on 35 to 40 workers initially.

“Our guess is we’re going to grow monthly,” Lindsay said, with 10 to 15 additional employees added each month. By this time next year, MG Foods will likely have 120 to 140 employees in Longview, he said.

“It’s been a little crazy,” Lindsay said of the number of people submitting applications. The firm will have one shift, five days a week initially, but there is the possibility of additional shifts and schedules, Lindsay said.

Employees also will have the opportunity for advancement.

“The big thing is growing from within the company,” Lindsay said.

MG Foods’ expansion into Longview is an experience the company will likely draw from in the future.

“We’re hoping to continue to grow and open a few more facilities around the country,” Lindsay said.

He praised how Longview has welcomed his company.

“It’s exciting to be in East Texas,” Lindsay said, adding that the company is looking forward to giving back to the community and putting some people to work.